The architect’s drawing above is the exact likeness of the future First Baptist Church in “The Lignite City.”  The plans of the building committee were unanimously accepted without change in a church business conference on Sunday morning.  The new structure is designed to be gotten underway following appropriate ground-breaking ceremonies scheduled for Sunday afternoon, March 21st – the first day of Spring.  The present church building is to be converted into a modern educational building for the Sunday School Department.  The total expense outlay in the building is estimated at $40,000.

Charles Majors of Athens announced Wednesday that he will be a candidate for sheriff of Henderson County in the Democratic primaries.  He filed for a place on the ballot with Bill Kugle, chairman of the county’s Democratic executive committee.

Majors served a year and a half on police work for the City of Athens and later was a deputy sheriff for five years.  he is now employed as a supervisor at the Curis Mathes manufacturing Company. 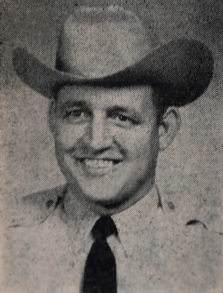 he was born at Brownsboro and was reared in Athens, having moved there when he was a child.  He was graduated from Athens High School and attended Henderson County Junior College.

A veteran of World War II, he served for two years with the U. S. Air Force, including foreigh service in the European Theatre.

Mrs. Majors is the former miss Marcile Coker of Athens.  They have three children – Mike, 16; Shirley, 7; and Melisa,4.

For more information on Postum, visit this link:
http://postum.com/about-our-product/